Steins;Gate (Japanese: シュタインズ・ゲート Hepburn: Shutainzu Gēto) is a 2011 anime series created by the animation studio White Fox, based on 5pb. and Nitroplus's video game of the same name. It is set in 2010, and follows Rintaro Okabe, who together with his friends accidentally discovers a method of time travel through which they can send text messages to the past, thereby changing the present. The series was produced by Mika Nomura and Yoshinao Doi, directed by Hiroshi Hamasaki and Takuya Satō, and written by Jukki Hanada, with animation direction and character design by Kyuuta Sakai, and music by Takeshi Abo. It aired for 24 episodes, and was simulcast in North and South America, Africa, the Middle East and parts of Europe by Crunchyroll and in the United Kingdom by Anime on Demand. A 25th episode was later included with the DVD and Blu-ray releases; these releases were handled by Funimation in North America and by Manga Entertainment in the United Kingdom. The series has also spawned four original net animation episodes and a film sequel. The show was well received by critics: several reviewers liked its story and writing, although some of them criticized the pacing of the first half.

You can search for yhe plot of this anime online but I don't think the plot of this anime could be generalize in letters so easily.The best way to know it is to watch it by yourself.You might feel a little borning at the beginning.But soon you will find its interests and is full of surprise and unexpected.That's a really amazing anime.It's so good that it still keep the 4th place in the ranking of animes online after almost 7 years since it has been published(according to 'myanimelist.net',it also has the 27th out of 1000 in another ranking of anime according to 'bestanimes.tv').You should watch it.

You can also see how great this anime is form its comment. 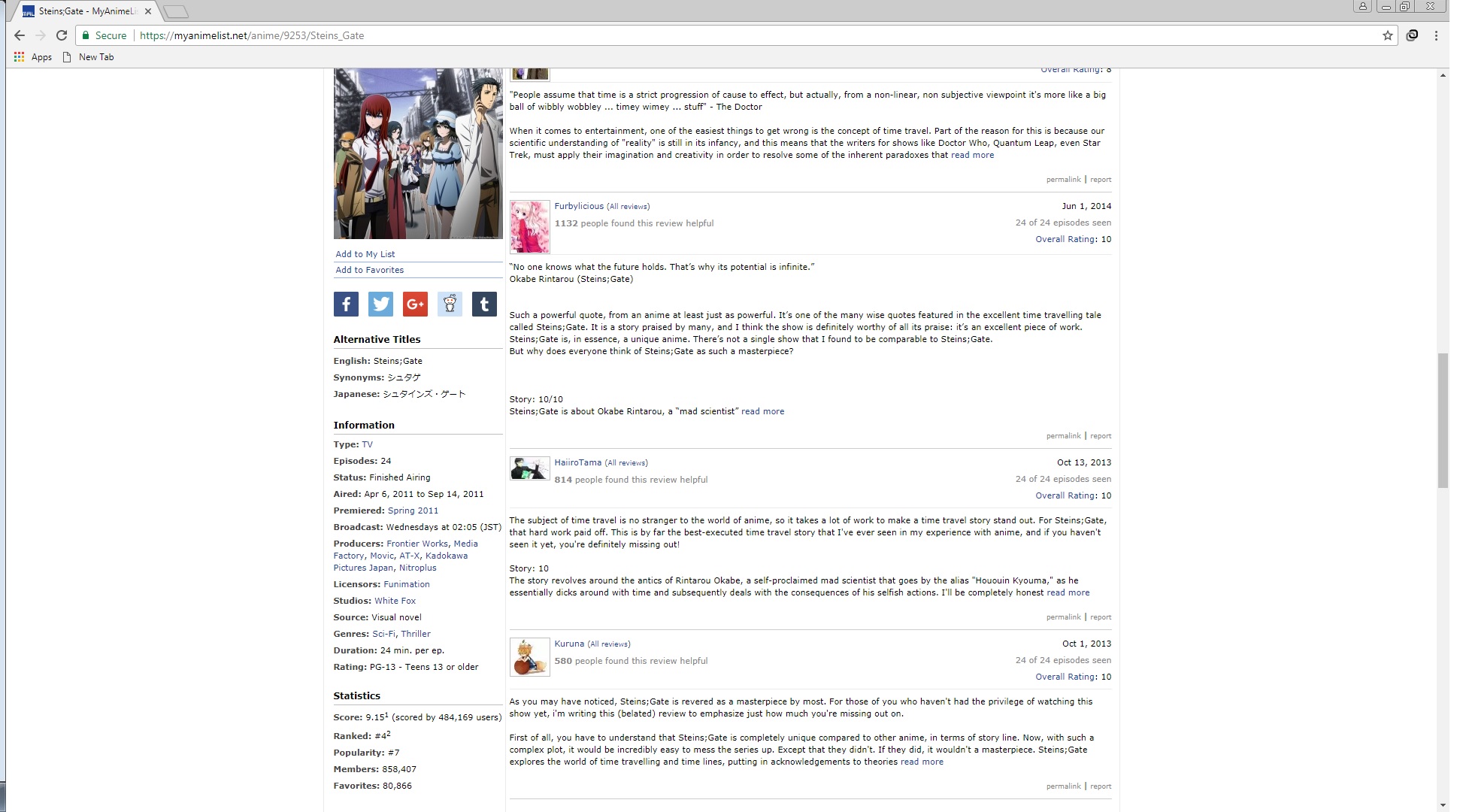